8 Meme Examples and How to Successfully Jack a Meme

1. Kermit: But That's None of My Business 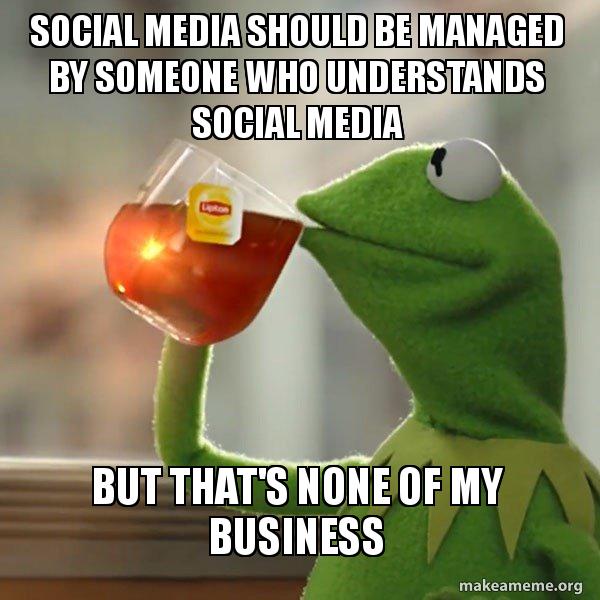 At just the right moment, Kermit the Frog becomes a hilarious template for passive aggression. The caption below the picture of Kermit always stays the same; it's the subtle gripe above Kermit that makes this meme yours. The meme might help you express your audience's typical challenges -- but that's none of my business.

2. Futurama Fry: Not Sure If 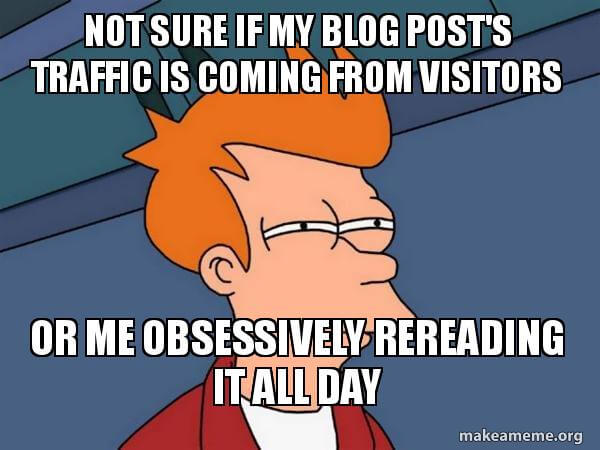 You don't need to be a fan of the TV show, Futurama, to appreciate the look of suspicion on the face of Fry, shown above. This meme is known by its opening phrase, "Not sure if ..." It allows any user to memejack the rest with a caption that describes a funny, perhaps exaggerated uncertainty among their audience. 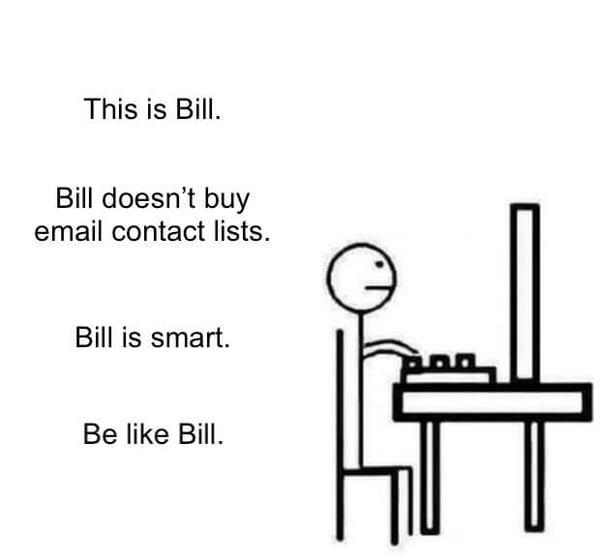 Simplicity is the source of the funny in this meme. Meet Bill, an adorable stick-figure model for the behavior you know your audience would endorse. All you have to do is describe him in three lines, all leading up to "Be Like Bill," the last caption on every iteration of this popular meme.

4. What People Think I Do 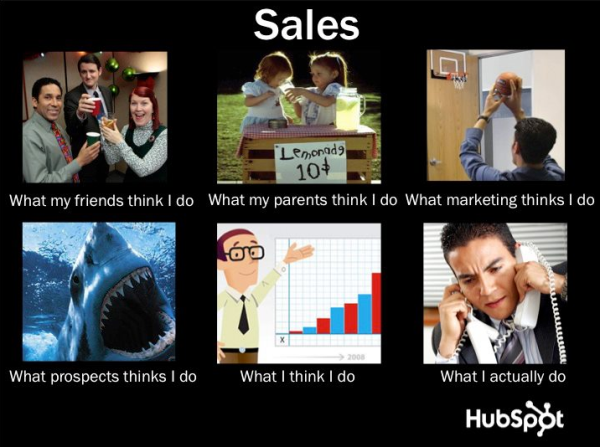 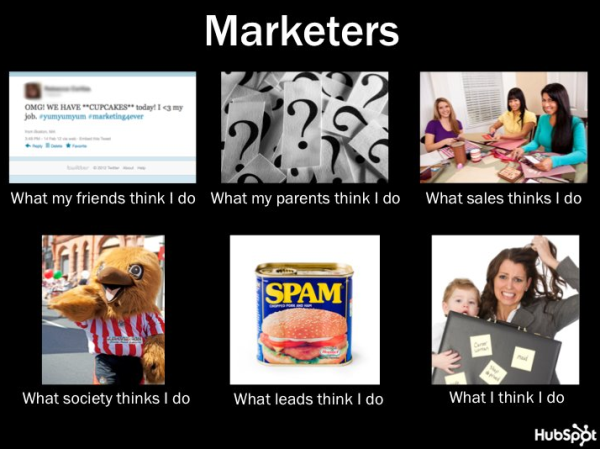 Some memes are designed to identify with the reputation struggles of your audience. The one above speaks for itself.

When HubSpot memejacked the "What People Think I Do/What I Really Do" meme for our Facebook page, our sales-themed meme generated an impressive 453 likes, 57 comments, and 256 shares, while our marketer version accumulated a whopping 460 likes, 53 comments, and 337 shares. 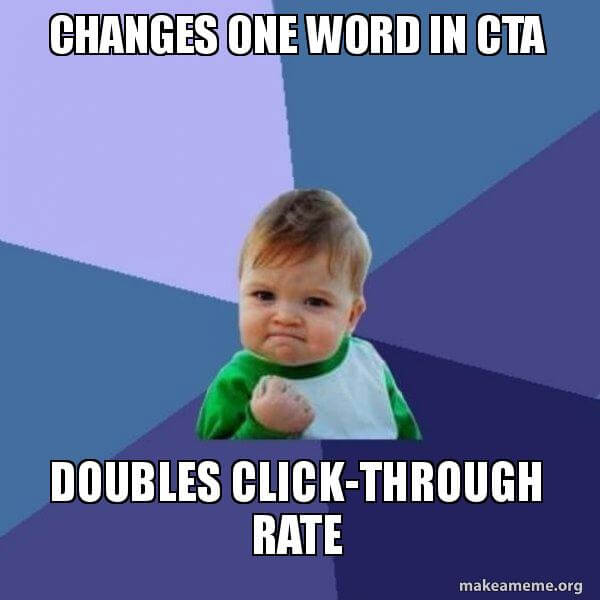 Success Kid is a meme that has stood the test of time. There's no requires text on this one -- it's a template for any extreme stroke of luck you know your audience would resonate with. The caption above doubles as a true story: the smallest changes to your call to action (CTA) copy can change its appeal tremendously. 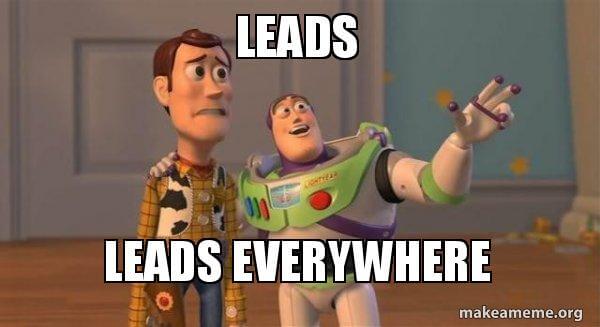 The characters above need no introduction, but this meme might. With his arm around Woody, Buzz Lightyear offers a gesture of optimism (or sarcasm, depending on how you play this one) for your audience. For marketers, the right lead magnets can generate more leads than you ever thought possible ... Buzz's words, not mine.

7. Boromir: One Does Not Simply 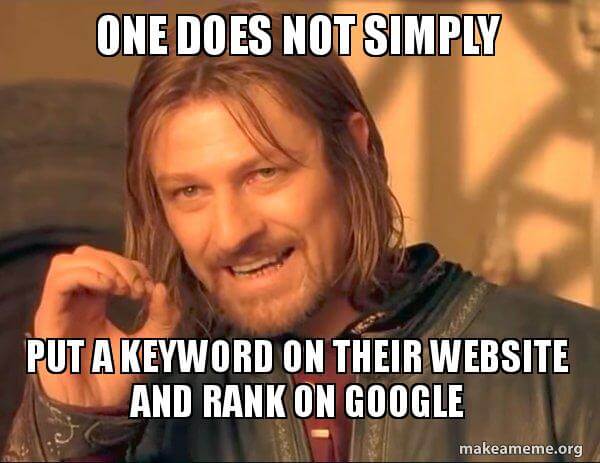 You might recognize this handsome soldier from The Lord of the Rings trilogy. But Boromir, son of Denethor, is much more than a warrior of Gondor. In the scene above from the Fellowship of the Ring, Boromir explains how "one does not simply" walk into Mordor, an evil region of Middle Earth where few have survived.

Everyone has their own version of Boromir's grave warning. In marketing circles, Google might as well be Mordor for search engine optimization (SEO) specialists.

While most memes are very easy to hijack, some can be a bit more complicated if elements like video are involved. For example, DreamWorks featured its Shrek-based character, Puss in Boots playing the Old Spice Man in the above trailer to promote the 2011 movie spinoff, Puss in Boots.
However, even memes that have originated as videos have been successfully adapted into images, as evident by the Old Spice Man meme, which originated as a series of videos. But hey, if you have a talent for video and feel you can hijack that popular new video meme, go for it!
- October 17, 2020 1 comment:

What is Meme Marketing?

What is Meme Marketing?

Memes are on a rise. We’ve seen them, got amused, and have often shared them as well. But if we say you could capitalize on this trend as well, would you believe us?

Meme-Jacking does exist and it refers to a practice of capitalizing on the current trend of Internet memes.

"Meme Marketing"
Meme (pronounced as meem) is an element of culture whose styles, concepts, and behavior can be indefinitely imitated. But when we talk about internet meme, it refers to a humorous image or video having a definite style and concept which usually goes viral on the internet. The style and the concept of the image stay the same whereas the copy changes.

An example of an internet meme – 8 Meme Examples and How to Successfully Jack a Meme

1. Kermit: But That's None of My Business At just the right moment, Kermit the Frog becomes a hilarious template for passive aggressio...